In a few years AR and VR technology will be an essential aspect of everyday life.

Instead of peering down at your phone scoping out the Google Maps route or relying on obtrusive voice commands from Siri, the AR projector clipped onto your eyeglasses or emanating from your car dashboard will show you accurate directions overlaid on the world outside your windshield.

While this idealized world is still years away, and other technology such as self-driving cars could render it obsolete, the opportunity for augmented and virtual reality is fast-approaching and wise content marketers should take note of the promise today to take advantage of exciting applications tomorrow.

What Is Augmented Reality (AR)?

Access to augmented reality is easier than you think. Anyone with an iPhone or other smart device can experience AR. The New York Times recently unveiled an AR-projected newspaper box that users can walk up to and examine. The rust looks realistic, the text on the papers inside legible and integration with the environment flawless. Essentially, the NYT app uses your smartphone camera as a viewfinder, to which the AR newspaper box anchors and projects.

While the novelty factor is cool, so what? Well, the opportunities are far-reaching.

AR users can examine a new car up close and in detail, view a potential piece of furniture directly in their home, take a guided tour of their next vacation to South America or even see four of the best Olympic athletes like never before. The possibilities for brands are infinite. Download the NYT app here and experience AR for yourself.

Snapchat users will have already seen similar technology with Snapchat lenses and interactive AR characters such as the now-famous dancing hotdog character, which appeared to anchor to a flat surface and danced as you moved the camera around. Although basic, the effect of a projected AR character in the world around you is fascinating. What’s more, the hotdog interacted with physical elements in the video: A swipe of the hand pushed the hotdog offscreen; A moving car could knock the hotdog back from view.

In the most common application of AR, the ubiquitous Snapchat lenses add a virtual mask to users’ faces, creating puppy-dog-eared selfie videos, voice changing effects and other fun features. Bitmoji AR caricatures come to life, devouring food or encouraging users to get back to work. According to Snapchat CEO Evan Spiegel, “Every week, on average, more than half of the entire 13-to-34-year-old population of the United States plays with augmented reality lenses in Snapchat.”

And Facebook is riding Snap’s coattails with their own AR Studio for developers. While all this attracts audiences with surprise and delight and creates for a novel user experience, how can content marketers harness augmented reality tools to reach real ROI in the near future?

AR and Print Media: A Match Made in Augmented Reality Heaven

Print formats are ideal for augmented reality experiences. Print readers are a less-mobile phone distracted audience generally reading in a comfortable, wi-fi connected space and can easily interact with an app.

Publishers are taking note of AR. A recent example in BBC’s Top Gear magazine demonstrates the viability with on-page AR integration. By opening the AR app on their phones, users can point their cameras at what looks like a static magazine page and an exhilarating car video jumps up off the page and onto the users’ phones. The audience can then examine the AR simulation as if it were in front of them, looking around the 3D product and zooming in for more detail. Everything except kicking the tires.

What Is Virtual Reality (VR)?

The difference between AR and VR is total immersion. Augmented reality uses the environment around you to project digital images you can interact with. Virtual reality provides a fully immersive experience and requires users to wear special headsets and other peripheral accessories to completely dive into the VR experience. Writing about VR is like dancing about architecture; you need to get out and experience virtual reality for yourself.

Oculus Rift offers a more immersive experience for less than $500. Harnessing the power of your PC combined with Oculus Rift’s rich display headset, touch controllers and two sensors, Rift allows its users to participate in hundreds of experiences, play games and work with favorite PC desktop apps such as Microsoft Excel and Adobe Photoshop.

Even if you tried VR back in 2016, this technology has drastically improved in the last couple of years so it’s worth checking back in. Samsung, HTC and Playstation have strong VR offerings, and you can even stop by your local YMCA to get a taste of what virtual reality has to offer.

While full-fledged VR experiences are still years away from being practical for content marketers, the idea of a virtual world where users can explore your products and services is already here.

Augmented and virtual reality each have unique technical and production aspects that make for a successful experience. What sets each apart isn’t as important as the accepted user experience principles of surprise and delight, including:

In an era of advertising as entertainment, and where thousands of businesses are vying for customer attention, getting in on the ground floor of new technology not only attracts new attention for your brand but could lay the groundwork for a new fundamental shift in generating business value from your digital marketing initiatives.

Snapchat’s dancing hotdog is easy to write off at first glance but the implications are real: Users want to be entertained by new experiences. By having your eye to the future of AR and VR, your content can seamlessly connect with these new technologies as they develop.

Read next: 5 Best Types of Content Marketing for Great Storytelling 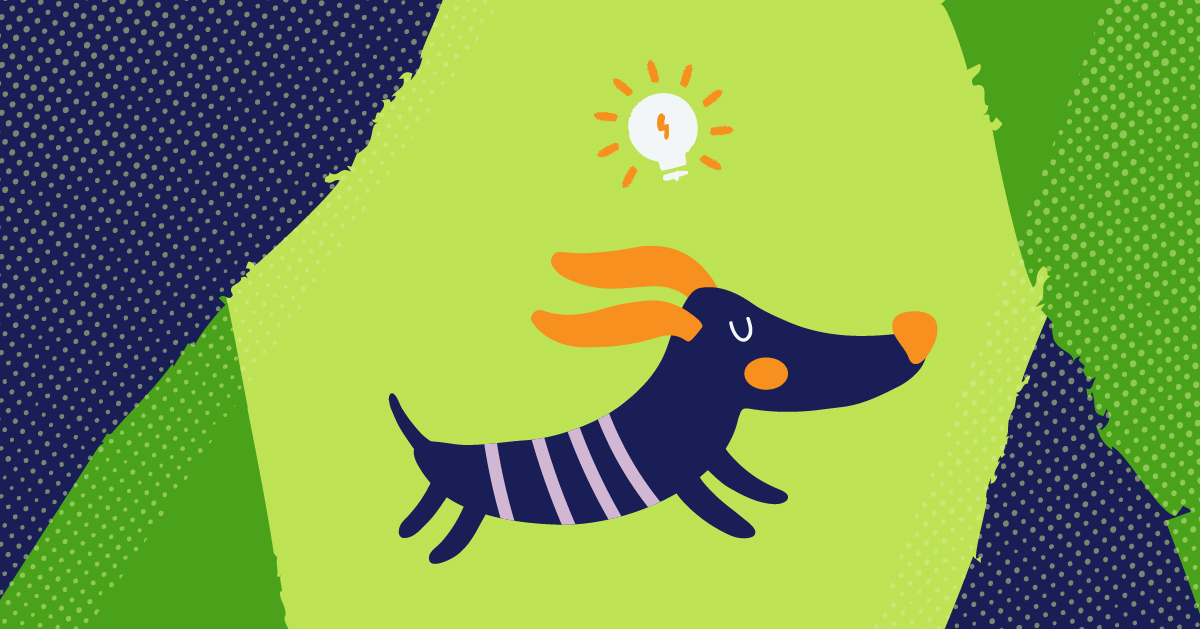