Be Careful with Those Parody Videos 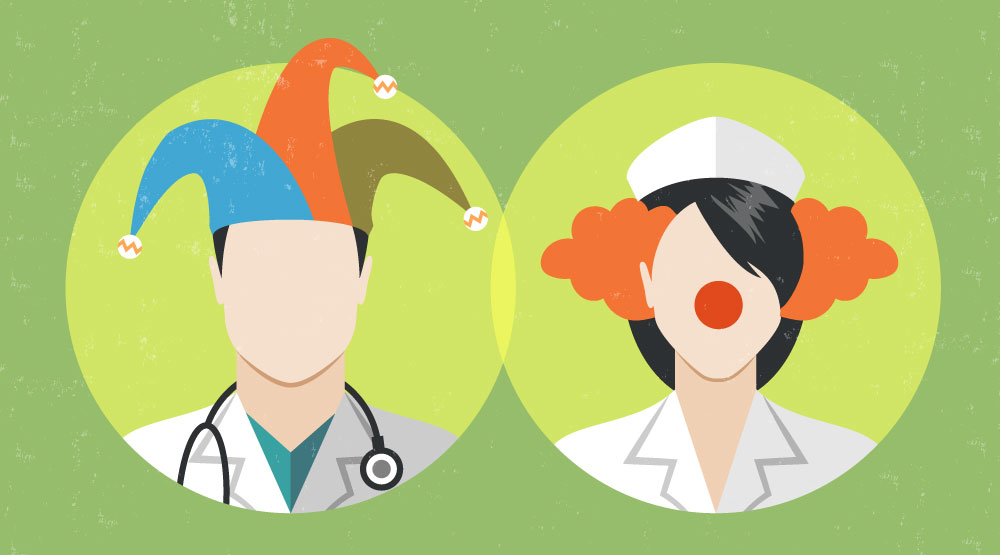 Who doesn’t like a good parody video? They’ve become their own high-art form, instantly sharable over social media and so powerful that they can make even the busiest world, political and industrial leaders stop whatever they’re doing and watch.

Where Healthcare Parody Videos Come From

Based on the parody videos I’ve seen from brands, primarily from healthcare organizations because that’s the industry I follow, my guess is that the idea to do a parody video doesn’t come from the chief marketing officer or vice president of communications. I suspect it comes from an informal charismatic leader on the brand’s staff who’s passionate about a specific topic.

The individual rallies support for the video from his or her co-workers, writes the script, arranges the soundtrack, enlists the performers and schedules the video shoot before corporate even gets a whiff of what’s going on.

At the point where someone rats out the project to corporate, it’s really too late for the CMO or VP of communications to stop it without risking backlash from the staff or a big hit to morale. So the C-suite reluctantly goes along with it, proclaiming its support for the passion of the staff yet reserving the right to review the video and give it final approval before it’s distributed.

It’s that process—from origination to distribution—that makes a parody video a high-risk, high-reward for the brand. If it works, you look like geniuses in touch with both your staff and your customers. If it fails, your video gets written about in content marketing columns like this, makes its way onto a “worst 10 business parody videos of the year” ranking or gets turned into a viral GIF used for other purposes.

So what makes a good parody video for a brand? I came up with four characteristics that I think give you a better chance of scoring a success than producing a flop.

1, Length, or running time, of the video.

Length, like beauty, is in the eye of the beholder. If you like it, you don’t want it to end. If you hate it, it can’t end fast enough. But based on some research I’ve seen, a little more than four minutes seems to be about right for your brand’s parody video.

One piece of research I read found that the average length of the top 10 shared global video ads is four minutes and 11 seconds. That makes sense to me because most parody videos are set to popular rock or pop songs albeit with custom lyrics.

The average length of a rock song is four minutes and 13 seconds,  according to another piece of research.

In the early days of business videos, we sent everyone around with a Flip Video camera to capture footage. Any video was good video. That lasted all of about four weeks, which is what it took to get over the motion sickness from watching the video clips.

It’s all about the settings, the background, the shots, the sound, the lighting, the angles, the transitions, the focus, the resolution, the intros, the outros, the music, the lower thirds, the logos, the editing, etc. It all has to be perfect now because that’s what users expect.

If your brand is going to release a parody video, whether it’s your idea or your employees’ idea, have the professionals produce the video. The goal is a professional-looking video that feels genuine, not slick.

It should be about a topic near and dear to the user’s heart. An issue, a challenge, a concern, a problem, a pain point of the user or the industry you’re in works. If it’s a consumer-facing video, it should be about them, not you.

A parody video from a hospital that satirizes the installation of a new electronic health record system may be really funny to a nurse who has to use the new EHR system. But to a patient trying to manage his congestive heart failure, not so much.

Good writing is the most subjective aspect of an effective parody video from a brand. The writing has to demonstrate knowledge of the market and a real-time awareness of what’s happening in the market.

Good parody provides insight, which is what you hope your customers to think when they think of your brand. You’ll have to dig a little to find the most gifted writer at your brand who can write the video script. It’s usually not the person who tells everyone on the ground floor of the parody video project that they’re a good writer.

As much as I detest group think, editing by committee, meetings, administrative bureaucracy and multi-layered approval processes, I do make a slight exception for video parodies because of their high-risk, high-reward nature.

I think it’s wise for a brand to air its video parody to a small focus group composed of members of its intended audience. Ask them one question after it’s done: Does this video make my brand look smart or dumb? They’ll tell you, and that will tell you whether to post it or erase it.

Here’s a sample of seven parody videos from the dozens upon dozens of healthcare parody videos I’ve watched over the past several years. I know what I think of them. What do you think? Do they make the healthcare facility or clinicians look smart or dumb?

More importantly, would you go to them for care?