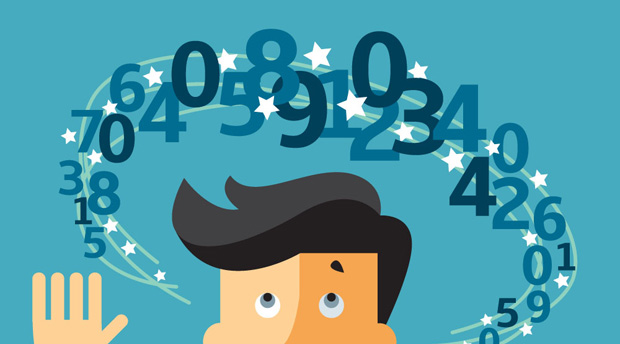 I don’t know who started this, and I’m sure it predates content marketing, SEO and website clicks, but it seems that almost every piece of content I see—whether it’s a blog post, article, infographic, whitepaper, slideshow, commentary or video—tells me in its headline the specific number of things I can learn.

Commonly known as “listicles” and raised to an art form by BuzzFeed, I typically don’t read them unless the “things” happen to be important to me. That’s why I immediately read “Dave Orrick’s top 10 fishing lures. Ever.” on TwinCities.com as soon as my friend Andy Robeznieks sent it to me this past June. (For the record, I had eight of the lures in my tackle box, and then bought the other two.)

This got me thinking about how many things is the right number of things. Is there a magic number of tips, ways, steps, reasons or pieces of advice that will trigger a visceral reaction from people that will make them read, watch or listen to a piece of content like a white bass hitting a #2 Mepps Aglia plain treble hook spinner with a chrome blade? Is there a poison number that instinctively repels people so much that they will never click on a story no matter how useful the information?

Research in this area is scarce. One analysis of BuzzFeed headlines concluded that the number 29 elicits the most clicks from readers. So I decided to do a little research on my own.

Who better than content marketers writing about content marketing to know the secret numbers that would attract readers and the ones that would send readers running off a website? I selected a seven-day period before my Oct. 28 deadline for this column as my sample time frame. I received seven Google Alerts on “content marketing,” the first on Oct. 21, and the last on Oct. 27.

The seven Google Alerts pulled in a total of 612 pieces of content, or an average of a little more than 87 per day. Compared with the dozens of other Google Alerts I get on the various health care topics I follow for work, that’s a lot of content being generated about content. It tells me a lot of content marketers are writing a lot about the dos and don’ts of content marketing in the hopes of generating new business. They get a gold star for practicing what they preach.

Of the 612 pieces of content, 109, or about 18 percent (“nearly 1 in 5” if I was writing a press release about this blog post), had a number in the headline. The number quantified the volume of valuable nuggets of information that users would absorb by reading the piece.

Fifteen different numbers were used in the 109 content marketing headlines. By far the most frequently used number was the number five, as in “5 Unique Ways to Use Content in Your Marketing Strategy” in Forbes.

The number three was a distant second, appearing in 14 headlines, followed closely by the number 10, which appeared in 13 headlines.

Two numbers didn’t appear at all, and it made perfect sense. The first is the number one. No one wants to read “one reason content marketing works.” Why bother? The other? The number 13.

So what are we to make of all this?

There you have it. Four content marketing takeaways on how to use numbers in headlines. Based on quasi-science, no less.