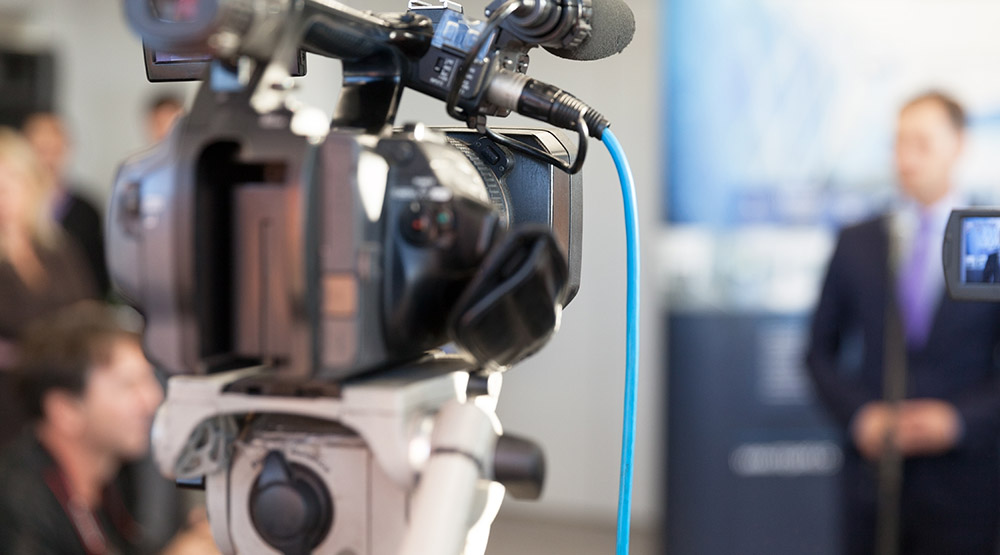 We all know that the way the media works has changed dramatically over the past 20 years. For those of us who cover major industry conferences, meetings and exhibitions for our trade publications, the press rooms at many events have been slow to keep up with those changes.

It’s time for disruptive innovation to sweep through traditional industry conference press rooms like housekeeping at midnight to make it easier for the media to cover the event, which is the point of having the press room in the first place.

Let’s start with the basics—press credentials and who gets them.

First, it’s not necessary to have a print publication in addition to one or more digital publications to be considered a “real publication” worthy of a press pass. I love print as much as anyone and believe in its power as a vehicle for great journalism, but even I know that a lot of great journalism takes place online and through social media distribution channels. Format is an irrelevant criterion for a press pass to an industry conference.

Second, you shouldn’t have to be a “real journalist” to get a free press pass.

Back in the day, the line between reporters and public relations/marcom types was clear. Deciding who got and didn’t get press credentials was easy. Not so today. We have many real journalists rewriting press releases or writing breathless e-mail news bulletins about minor executive moves at a would-be advertiser because they’re pressured to do so by publishers through spineless editors and job-fearing managing editors and news editors.

On-the-other-hand, we have many knowledge writers generating original content in brand newsrooms that is creative, engaging and useful. I say give everyone who’s clearly not a public relations, communications or marketing manager a press pass and let the content fall where it may.

The earned media results will more than make up for what a sponsoring organization loses in registration fees by denying press credentials to a handful of brand writers who want to cover the event.

Third, make it easy to pick up press badges

At one event last year, I used my QR code in my letter confirming my credentials to pick up my press badge in the general registration line for attendees because the line was open and the press room was closed. As I was ready to hustle off to an early morning presentation, a manager behind the desk asked for my press badge back, tore it up in front of me and told me I had to wait until the press room opened.

At the same event this year, I got to the press room an hour early, hoping to snag my press badge from someone before it opened so I could race to an early morning presentation. Someone showed up early, opened the door, told me I had to wait and then closed the door on me. A few minutes later, another person opened the door and politely handed me my press badge.

Why not make press badges downloadable from the event website? I can buy my annual non-resident fishing license from the Wisconsin Department of Natural Resources online, print it out in color or black and white (depending on how much toner I have left) and be on my way to the bait shop before the sun comes up.

If the Wisconsin DNR can do it, I’m confident that industry trade groups that boast about the technical prowess of their members can do it, too. No one should have to wait to get a press badge from the press room to cover an event because the press room hours and the event schedule don’t line up.

or at least open two hours before the first session in the morning and staying open until four hours after the last session ends in the evening, including the last day of a multi-day conference. The reporters, writers, journalists, editors, broadcasters and producers who sponsoring organizations hope to get media coverage from do what they do before and after a full conference day.

Make it easy for them to do their jobs by being open when they have to work, not closing when the public relations and communications staff is done and going out to dinner.

Fifth, everything in the press room should make it easy for those with press badges to do their jobs.

The worse press room I’ve ever seen had two desks and two chairs. That’s it. It was located at a hotel adjacent to the meeting hotel. When I walked in, I felt like Joe Pesci’s character, Tommy, in Goodfellas when he walked into a room thinking he was going to be promoted. Let’s just say things didn’t work out for Tommy. And I didn’t hang around that press room.

I’ve covered the health care industry for more than 30 years as a business reporter, news editor, editor, columnist and content marketing writer. One consistent criticism of the health care industry is that it’s designed for those who run it—hospitals, doctors, nurses, insurance companies, drug manufacturers, device makers, suppliers and distributors, etc.—not for those who use it—patients.

Only now with the rise of health care consumerism is that starting to change. The same can be said of press rooms at major industry conferences, meetings and exhibitions. Press rooms are designed for those who run them. It’s time to redesign them for those who use them.