Feeling an Obligation to the Audience: RIP Egon 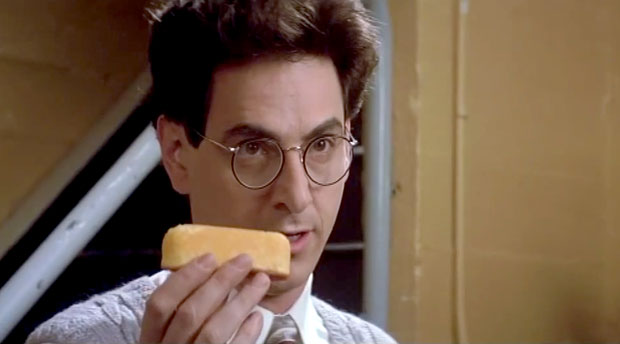 Though I didn’t particularly die laughing at every single one of Harold Ramis’ movies — those he wrote screenplays for, directed or starred in — his stuff at the time was funnier, more unexpected and delightfully edgier than most.

In hindsight, he was a content game-changer. Beginning with Animal House, Ramis, according to the New York Times obit, “shaped this generation’s idea of what is funny.” No small achievement.

He seems to have done it with a knee-jerk nature for sucker-punching sacred cows and rigid cultural mores with mocking nonsense, as in “We’re not Watusis, we’re not Spartans … we’re Americans” (Stripes) and rogue but lovable buffoons like Caddyshack’s Carl Spackler, Al Czervik and Ty Webb.

He described himself as a combination of Groucho and Harpo Marx. His movies, though just as zany but less frenetic than Marx Brothers flicks, held upper-class pretensions in equal disdain, an organic bias among his peers — people who came of age in the ’60s.

First and last he was a writer, infinitely smarter than the comedic frames he created, like the Baby Ruth candy bar floating in the country club swimming pool. And he was, by nature, far more responsible and orderly than the characters he created, like Animal House’s Otter, Blutarsky and D-Day.

A free-wheeling storyteller, the former Second City performer and writer did a Vulcan mind-meld on his generation that led to some of the most resonant comedy in the past 50 years, not to mention a model for most of the comedy we’re watching today. Ramis likely wasn’t working off piles of audience data and analytics to produce his content.

He wrote, “feeling a big obligation to the audience, almost in a moral sense, to say something useful … something I feel strongly about.” I like the part about “feel” because I believe intention has a lot to do with whether or not an audience innately responds to content.

It’s also the root of brand journalism’s fundamental tenets: transparency and authenticity, ideals often lost as product strategies, enter the conversation. The only thing that matters is whether or not what you lay out there really engages, sticking like flypaper on people’s psyches, hearts and daily lives. Most certainly Ramis had that going for him, which is nice.