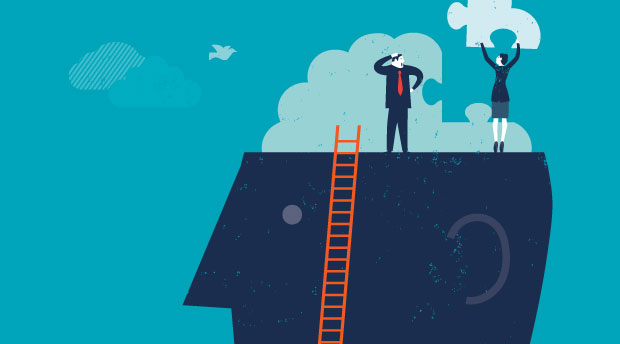 Heather LeFevre had worked in advertising for more than the prerequisite 10,000 hours, yet she still didn’t feel like an “expert.” So she embarked on a world tour (that took her to Asia, Europe and then back home to the U.S.) where she stayed with, and “brain surfed” with, some of the best minds in advertising. LeFevre wrote a book about her experiences (in her spare time).

Here she shares her views on which brands are excelling at marketing and how advertising differs in the U.S. and Europe.

From the nine agencies you visited to conduct research for your book, “Brain Surfing: The Top Marketing Strategy Minds in the World,” which is your favorite advertising or marketing campaign, what do you like about it, why is it brilliant?

Domino’s Pizza is probably the best, and they continue to go on and do great things. Take for example how they now have an app on most smart TVs. The fact that attention is so fragmented, and you can have a potential 10 apps on your home screen, having a Domino’s Pizza icon is amazing.

It’s so timely, because when do you order pizza? When you’re watching movies or TV, right? That alone is just one aspect of what I like about them. But they are also good at coming up with great overarching ideas—something that’s worth talking about.

Take their “powered by pizza” campaign (most great projects have been pursued late in the night over pizza. No one ever had a great idea while eating halibut!); they have great ideas. And they are really smart tactically.

They make ordering pizza easier to do (you can now Tweet for pizza) which motivates people to buy from them. They are coming at it from every angle, and you can see the results in their stock price. To me they’re a brand that displays big thinking skills as well as great tactics, because really, how different is their pizza from Pizza Hut’s?

You’ve worked in Europe managing your own team in an agency in Amsterdam, as well as extensively in the U.S. with big-name brands. How does advertising differ in the two continents? Are there any similarities?

It’s not so different. But the U.S. has a unique market because it’s so big and the budgets are so large, and you’re working with Americans for Americans. Granted, it’s a diverse country and there are multicultural marketing strategies for the Latino market, Asian market, African-American market etc., but by and large, in the States there are big teams of Americans working from American culture, on American brands.

When you work in Europe it becomes very difficult, because you’re trying to work out an overarching strategy for a range of countries. So you try to find something that is a human truth, like the way Coca-Cola has tapped into the concept of happiness. It’s a universal part of being human. At a local level they create campaigns that are bespoke to the country they are targeting, and they can see how that nuance plays out in that one place.

When I was in Amsterdam, I worked with people from all over the world. My team was diverse. And we worked on brands that touched a lot of different countries. For example, when I worked on Pampers, we targeted mums in the Middle East or Africa where they only buy a single disposable diaper from the corner shop when they have guests. It was so different from how we targeted German mothers, who stocked up at a big box retailer.

What lessons did you learn from your trip that you can now apply to your practice?

In chapter nine of my book, I talk about Clayton Christensen’s (the author of “The Innovator’s Dilemma” and best known as a Harvard professor who specializes in innovation) jobs-to-be-done theory; two aspects that are very interesting to me and that I now apply to my work:

JS: Which discipline of marketing do you prefer the most? And which area, in your opinion, is more effective than others?

I prefer the full picture because the answer will always be, “it depends.” It’s dependent based on brand and circumstance, the relationship brands have with their customers, where they are in their journey or lifespan and whether they are a company trying to fight their way back, or a new company that nobody knows. In each of these instances, the best choice is going to be really different.

I like to be able to choose and push toward what is going to be the most successful for the brand, as opposed to saying every problem is a nail because I’m a hammer, or you need a 60-second advert because I work in a big ad agency.

With the advent of digital ad-blocking tools, and in a world where everyone is fast forwarding advertisements, (or pressing mute if they’re watching live TV), is the power of advertising diminishing? Is content marketing now the best way to reach consumers?

Getting a lot of eyeballs on something is more difficult. But make no mistake, in most countries, paid TV is still a great way to generate awareness, if that’s the problem you’re trying to solve.

If a brand sits in a very fragmented market or has a B2B audience, then maybe content—articles or videos that are helpful but are wrapped in a brand—might be the way to go. But no brand is just creating stuff because they are artists or so generous that they want to help people. They want the halo of their brand to be connected with that help or entertainment.