Joe Pulizzi on How Content Can Set Companies Apart 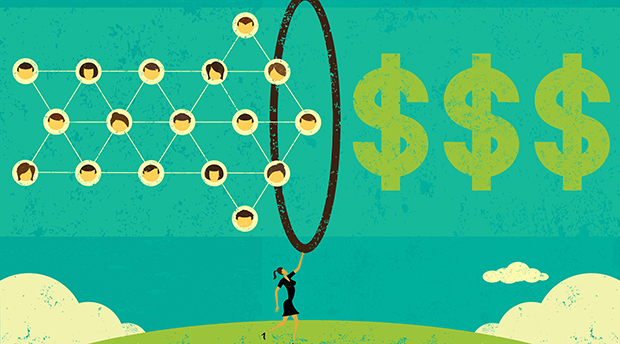 Content marketing is like a war of attrition says Joe Pulizzi, one of the leaders behind the content marketing movement and founder of The Content Marketing Institute. The author of five best-selling content marketing books believes that companies that focus on building a loyal audience first before defining a product will be rewarded in the long run.

Here, Pulizzi discusses how businesses can use content to differentiate themselves, and why smart companies will concentrate on building their own hub or platform for their content.

In your new book, Content Inc.: How Entrepreneurs Use Content to Build Massive Audiences and Create Radically Successful Businesses, you say that content marketing is like a war of attrition and that companies need to be in it for the “long haul.” What time frame do you recommend? And is there an optimum number in the audience?

If you look at all the case studies we covered in the book, it’s generally between 15-17 months until you’re able to monetize your audience. The shortest case study in the book took nine months, that was John Lee Dumas from the Entrepreneur on Fire podcast series, which I don’t think is long at all. In fact, I think that’s pretty fast.

There is a minimum viable audience; for us at CMI it was 10,000, the same as it was for Michael Stelzner in Social Media Examiner.

In Content Inc. you advocate that start-ups should build an audience first before defining a product. Is this a realistic approach? How risky is it?

If you look at the failure rate of most businesses, I don’t think it’s risky at all. I think it’s the best way to do it. You have to build a loyal audience that knows, likes and trusts you before you can really make any impact. You can’t rush that or extract the value before its time, before you’ve built enough value in the system.

You have to keep the faith and have the patience. That way you’ll grow faster than an average company because you have a pre-customer list—that’s your audience database—that’s ready to go, ready to buy from you.

If you look at people like Brian Clark from Copyblogger and Matthew Patrick from Game Theory, they’ve been able to grow super fast because they didn’t have to do any additional marketing or spending on advertising. They already had the attention of their audience, and that audience went on to buy from them.

The greatest examples, which we’ve included in the book, are of the Ann Reardons or the Matthew Patricks of the world.

They focus on the one content type and, for the most part, one platform. They’ve mastered a channel. Brian Clark from Copyblogger is another great example. He spent 19 months blogging everyday, and now has more than 200,000 in his audience.

What’s great about Brian is that he can literally go and offer any product or service to his audience and people will at least try it. They trust him so much. I think focusing on one platform; with the one content type focus and delivering it consistently over time really works. This has been done for hundreds of years. It’s a basic publishing media model.

Mediocre content is content that doesn’t understand the pain points of the audience; rather, it focuses on talking about itself. But inconsistency is probably the biggest issue of mediocre content.

In the cases where content marketing fails, it does because it stops. Another mediocre habit is when businesses are not actually thinking about building an audience, they’re thinking: we want engagement, or we want leads.

What they’re not thinking about is: What we really want is an audience who trusts us, who values our communication and we’ll move that customer along at a later point toward our product or service and profit from that. Instead, they are focused on short-term indicators, like an increase in website traffic.

You say that with tech readily available, any business can now build and develop an audience through consistent storytelling. Can you give an example of this in practice?

I love the Marcus Sheridan, former CEO of River Pools & Spas, case study because he shifted his communications model.

The “sweet spot” is the intersection between knowledge and/or authority combined with passion. In the book, Jay Baer says that it’s this passion that will get you up in the morning, every day, every week, every month. That passion will help you create content to push your mission forward. But it doesn’t necessarily have to be passion; it can also be around a key customer pain point.

Matthew Patrick was super passionate about video games. He spent six or nine months to a year working a combined 100-hour week with his team creating 15-minute videos he uploaded to YouTube, which became Game Theory. He now has more than 500,000 subscribers and has built a multimillion-dollar company.

Industrial soldering equipment company Indium may not have a passion for what they do, but what they do have is an understanding that their audience has a lot of complex questions. They focus their content efforts on solving these pain points as part of their “sweet spot.”

If you look at Matthew Patrick, he writes the script, he’s the talent, but all the other parts of that are outsourced to other people. So you’ve really got to figure out what assets you have and what assets you need to outsource. What you are really good at, and what are you not good at.

There are all kinds of freelance journalists, editors and producers, more than there’s ever been before, you can find to help you create great content. The one thing that has to stay inside is the strategy.

Platforms will come and go, but what will stay the same is the publishing model. Companies will have to build their own hub or platform—whether it’s print, an event or blog—where they attract their email subscribers. If they’re just going to create content and put it on someone else’s platform, they’ll have no control over that.

What marketers need to focus on is driving people back to their own material—to have a direct connection with their audience—so they are not beholden to anybody else.

Joe Pulizzi’s Content Inc: How Entrepreneurs Use Content to Build Massive Audiences and Create Radically Successful Businesses is out now.