Mr. Magazine on the Death of Print 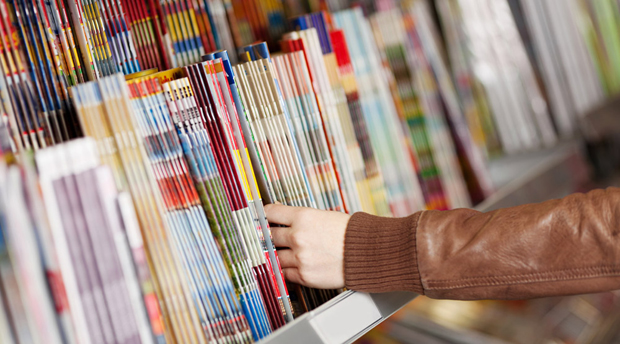 When Samir Husni, better known as Mr. Magazine, emigrated to the U.S. from Lebanon in 1978, an estimated 2,000 print titles could be found on the newsstand. Today, that number is closer to 10,000. So when he hears people lament the death of print, he just laughs.

In May alone his launch monitor announced 71 new titles hitting the newsstand, 21 with promised frequency.

In addition to his work in consulting and research for the magazine media and publishing industry, Husni is the founder and director of the Magazine Innovation Center at the University of Mississippi’s Meek School of Journalism and New Media.

He is also a professor and Hederman lecturer at the School of Journalism. Here he talks about why it’s newspapers that have become an oxymoron—not magazines—and how digital brands are turning to print to help boost their sales.

What’s the relevance of print in a digital world?

Print is permanent. It’s not disposable. People don’t have to go looking for it, it looks for them. One of the beauties of the newsstand is that the printed magazine actually looks you in the eye.

Besides the feel and touch of a print product, the most important factor of it is the surprise element; you can be flipping through the pages of a print title and come across a great story that you’d never have thought about.

With digital, I am always looking for something so I am limiting my imagination. Print opens our mind to things we never knew we were interested in or existed.

Where have you seen print excel where digital equivalents have struggled?

Print excels at anything that is not news. What print cannot do today is chase the news. News and paper have become an oxymoron. But print is excelling when it comes to fashion, specialized publications, food, you name it—it’s still print’s domain.

That’s why we’ve seen a lot of digital-only entities discovering print, from Net-a-Porter to WebMD to The Food Network to Oprah—all of these that existed only on the airways—on TV programs, online retailers, etc. They have all discovered the power of print.

We are bombarded with information. That’s why we are seeing the rise of the good editor. They are the curators. There is still a lot of room for creation, but there’s a bigger place in print for curation.

You can just Google anything, and you will be bombarded with information. As a B2B or B2C editor you will spend hours and hours curating that information, and then providing it to readers.

Print should be in the business—regardless of whether it’s B2B or B2C or C2C—of creating as much evergreen content as possible. The content has to be timely, yet timeless. The competition—something that no one has come close to—is time. Nobody has been able to extend our 24 hours a day, seven days a week, not even for a single second.

So a magazine should be about providing the reader with more information, in less time, that’s better curated, fact-checked and authentic. I tell my clients, “If you can Google the answer, it does not belong in print.”

How can marketers prove the ROI of print? What does success look like?

I recently had the CEO of Imagination, a content marketing company, say to me that five years ago their revenue was 55 percent digital, 45 percent print.

Today it’s 55 percent print and 45 percent digital. He said even their clients have recognized the importance of having something through the mailbox, on the table, on the desk.

Just imagine for a moment that we live in a digital-only world and print does not exist. Then one day someone comes to you and says, “I’ve invented this new device.

I know you are interested in media, journalism and design, so I’ve searched all that we have and put this information together for you in a 68-page device. It needs no computer, no charging, it’s fully loaded.” You’d look at it and say, “Wow. You’re saving me money and time.”

Which brand is using print most effectively at the moment?

I give a lot of praise for Hearst magazines, because they never ignored print and they grew digitally at the same time. If you look at all of their magazines, they’ve upsized them and increased the weight of the paper, because print has to be collectable.

If you print your publication—whether it’s a newspaper of a magazine—on cheap paper, you are telling me it’s disposable and it’s not worth it.

You’ve just launched a print magazine, Amplify. What was the rationale, and how did you get the budget for it?

We wanted Amplify to celebrate magazines and print. I didn’t have a budget, and yet it hasn’t cost me a single penny.

I have become a master of begging. From the printing to the paper to the illustrations, articles and design, they have all been donated. So technically the magazine didn’t cost me anything. We wanted to create a showcase.

One of the biggest problems we have in our industry is that newspaper and magazine reporters have seen their own publications shrink and lose money, and a lot of people have lost their jobs. So they use that as their prism of the entire industry, saying it’s all print. In reality there is a difference between newspapers as print and magazines as print.

I used to get a magazine called Publishing Executive that was only 36 pages. How can I actually believe anything it’s telling me if they’re selling me a pamphlet that they’re calling a magazine.

You’ve said that print and digital should be viewed as brother and sister rather than competitors. Can you give me an example of how a brand has used both mediums successfully? How does each channel enhance the other?

TIME magazine, for example, has 3 million subscribers for its print edition and 25 million unique visitors online. When I asked its editor why, I was told the print edition subscriptions are limited to the United States, whereas digital is worldwide.

Net-a-Porter launched a print magazine with a high cover price to act as a complement to the digital experience. That’s what we’ve seen from all the catalogue companies. When the economy crashed in the United States it almost killed catalogues as everybody went digital, but the catalogue companies saw their sales going down.

Now we are printing more catalogues, mainly because of the benefits of curation. People like to sit down on their chairs flipping through the pages of a catalogue. If they see something they like, they’ll order it online. The catalogue gives them the element of surprise, because not everybody knows exactly what they want.

What do you say to people who claim print is dead?

We may not be selling as many copies as we used to sell (back then TV Guide used to sell 18 million copies every week), the numbers may have changed and the cover prices may have gone up, but there is an increase in the variety of specialization. You used to be able to buy Better Homes and Gardens, which covered everything in the home—food, travel and home decorating.

Now there are 15 or 20 magazines about each of those individual topics. So I laugh when people say print is dead. I say which print? The thing people refuse to understand, including a lot of media reporters, is that the media has a life cycle like anything else. From the moment you are born, you are born to die. Why is it different for magazines?