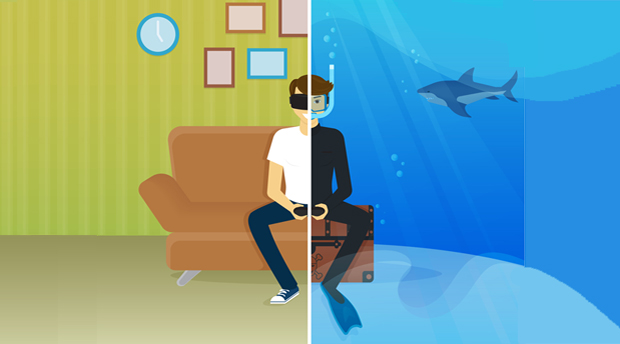 Here, he explains why organic social is no longer effective and why programmatic content may deliver results but brands that use counter-intuitive methods will realize the biggest breakthroughs.

You’ve been recognized as a thought leader in your field, as one of the most influential people in tech today. You’ve also amassed a huge social media following. Who are the greatest influencers on your life?

I get a lot of my inspiration from a more traditional crowd. I like writers that write great narrative non-fiction. One of my favorites is the British writer Jon Ronson who has just published “So You’ve Been Publicly Shamed.”

One of the things I love about his writing is that it’s so easy to read and as a writer, storyteller and communicator, those are the skills that we all need to have in today’s business world. I take a lot of cues from that.

My other influences come from a new crop of data journalists, people like Ezra Klein or Nick Silver and The Upshot in The New York Times. They approach storytelling from a more digital research, data angle. It is a different version of the same story that I always talk about: Innovation happens when you borrow from other disciplines—mashing ideas together that don’t necessarily belong together.

Data and storytelling aren’t usual bedfellows. But these writers are using data successfully to tell surprising stories to the world in ways that are easy to understand, that are not just for computer geeks. I think it’s instructive to other industries.

If you look at the fastest growing media companies in history, they’re the ones that have reduced the time it takes to optimize their content. I always talk about this process: If you want to build an audience you need to create content, engage people with that content and then you need to optimize and figure out what to do better next time.

The faster you can go through those three steps over and over again, the faster you can build an audience. Technology has made that optimization part easier to do. Today, with tech, you can get in front of people much faster. You can also figure out what works and doesn’t work a lot faster, and on repeat.

There’s definitely a place for technology to predict what audiences will want based on past behavior and on trends. That’s going to be a huge part of the future of publishing.

But one caveat to that is, it’s easy to predict content that people will like generally based on past history. It’s a lot harder to predict what will become a huge hit that will go viral or will surprise people. So there’s still going to be a place for publishers to go against what the data says as well.

There was a great piece in The Verge about The Awl—a publishing company in New York that has done very well for such a small staff.

They’re very contrarian. They’re not doing everything that BuzzFeed is doing. Nor what their competitors are doing in terms of data and analytics. They are going against all that and giving people something that surprises them.

I think content marketers, or anyone getting into publishing, need to play both of those tactics—use data to write stories they know are going to be popular and also be brave enough to take risks and do things that are counterintuitive. That’s where breakthroughs come from.

With C-level executives looking to justify spend or report a ROI to their board, is programmatic content an easy way to deliver tangible ROI? Do headline distribution companies like Outbrain hold the keys to branded content success?

There’s no one-size-fits-all approach when it comes to ROI and publishing. The more data driven you are, the easier it will be to predict ROI over time. It’s dangerous to look at the micro in terms of ROI and not the macro or you’ll give up too early.

Creating content is like pouring cups of water into a bathtub; eventually it will fill up enough so that things will float in it. But if you just pour one cup of water into it, nothing will float.

Where Outbrain is effective is in headline distribution. It’s one of the new [paid-for] ways of engaging people wherever they are. What I recommend to our clients, when we talk about the data question, is not to look at the traditional measurements (i.e., how many people read or shared their content)–but to look at how much time people spent with it.

You’ll get twice as much bang for your bucks if you do paid-for promotion or paid–for social on LinkedIn on pieces that people are engaging with for a longer amount of time.

You’re an advocate of owned media. Is it realistic for every brand to own its own and take on the publishing mantle?

Owned media definitely works. It’s the ideal scenario. For most brands content marketing is one of the most effective things they can do. Having people come to a destination, on their own platform, means more control of branding, messaging and it brings people closer so that they can become advocates or customers.

Algorithms may change but people will still come because they’re loyal to the site. But if you can’t have your own platform, then the second best thing is your email list. Increasingly, email is becoming an end destination. It’s a great way to directly get to your customers.

We are seeing a lot of almost-webpage experiences happening inside emails. I think that’s going to be an interesting alternative to owned destination.

How effective is organic social at reaching new audiences?

The reality is social channels are less and less effective the more people are publishing on them. This is because there is more noise and the algorithms have to change regularly to give people new experiences.

So to get people to see your stuff you end up having to pay more money. I recently did a piece about how paying for social can be much more effective than organic social.

It’s about giving people things that are helpful or are interesting first, without them asking or hiding it in some sort of message.

Brands that adopt a mindset of, “if we do good for people, if we give them what they want, if we entertain them, then they will like us and come to us for our products or services” will attract more customers. That’s the mindset of the next generation of successful businesses.

How does a brand get heard amongst all the noise out there?

To stand out you need to have something that people want and get it in front of them. Those are two very different challenges. In order to stand out you have to create content that’s better than everything else.

Now there’s more choice, more content–every piece of content needs to be good for it to be successful. It’s the age-old story of quality matters, but quality really matters. But the best story that has ever been written is not going to do much if it’s not going to find the people.

So it’s also about being savvy, being strategic about content distribution and using data to target the ideal person on the channel they’re on.

There has been a rapid uptake in smart tech, from phones to tablets and wearable. Do you think this has driven demand for a new type of content?

I’m not sure wearable and content really go together as much as some people might say. That said, wearables are an interesting opportunity for brands to create products, apps or other useful tools—like Nike did with it’s the Nike+ running sensor and its recently discontinued fitness tracking bracelet the Fuelband—to build relationships with their customers.

Nike made running shoes that could be integrated with an app—that’s not media, that’s not content—but it was a useful service in their core product and something that enabled them to build up subscribers, which they reinforced with content.

From a content media perspective, the most interesting aspect of the new tech is virtual reality. There are a lot of stories to be told in an immersive virtual world. That’s what I’m more excited about than wearable watches.

Which is the most innovative brand creating content out there right now?

One of the coolest I’ve seen lately is from Marriott Hotels. They have started a digital magazine called the Marriott Traveler. They’re investing in it as a real initiative—it’s not some side experiment.

The magazine gives you in-depth stories about different places, people and cultures from around the world. You know they want you to book hotels in these countries but they also want to teach you about the world. It’s a great alternative to the traditional travel magazine.

They’re also one of the first brands to experiment with virtual reality. They’ve married up with graphics studio Framestore to create a virtual travel experience within a teleporter. They are experimenting with bringing people to new places, which is what they care about. They are clearly thinking of content in an innovative way.

If you could work with any company or brand in the world, what would it be and why?

I am a bit of a tech geek. I write about technology. I would love to do content for Space X, which is the most successful private space company in history. Their mission is to put human life on to Mars, which is awesome.

There’s an abundance of stories that could be told around the technology, the challenges, the engineers, the kinds of people that work on space travel–it’s truly fascinating. I would love to help Space X tell those stories and expose the world to an industry that explores the awesomeness of the stars and our place in the universe.

Finally, you’ve written your first book, “Smartcuts: How Hackers, Innovators and Icons Accelerate Success.” Was it a cathartic experience for you to write?

Yes, writing is my cathartic hobby. I go home and I write. It’s what I love. It’s why I got into this business in the first place. It is often hard to find time to do it but my passion is telling stories.

If I wasn’t doing that myself I wouldn’t feel fulfilled or connected to what we’re doing [at Contently], so it’s something that’s important to me.