Storytelling at the Center of the ACA Repeal Debate 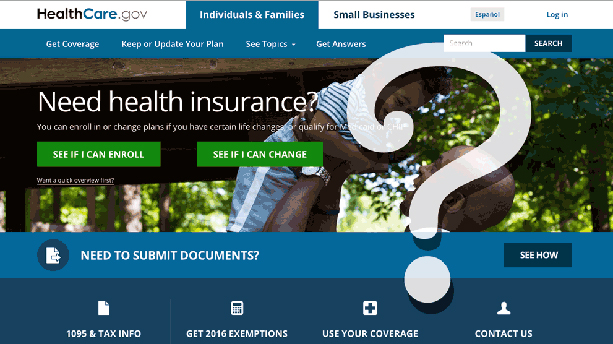 In my other life as a health care business journalist, I’m intently following the debate over the future of the Patient Protection and Affordable Care Act, also known as the ACA and Obamacare. (Yes, they are all the same thing.) In 2016, more than 11 million people obtained health insurance benefits through the state and federal health insurance exchanges created by the law.

In this life as a content marketer, I’m also intently following the debate over the future of the Patient Protection and Affordable Care Act, also known as the ACA and Obamacare. (Really, they are the same thing.) The nationwide discussion over whether to keep the law intact, repeal it in whole or in part or replace it with another law has put the power of great storytelling on full display.

President Trump became President Trump in no small part because of his campaign promise to repeal the ACA and replace it with something very, very special. Whether that turns out to be the American Health Care Act introduced by House Republicans earlier this month remains to be seen. With the GOP controlling both the House and Senate, repeal and replace to many became a fait accompli. But then something interesting happened that slowed and perhaps put repeal and replace in remission. People stood up at town hall meetings across the country and began telling stories about how having health insurance benefits through the ACA saved their lives and the lives of their family members.

One of the first and most powerful and widely reported stories was from a cancer survivor who told House Speaker Paul Ryan (R-Wis.) during a CNN town hall in January that he would be dead without the health benefits he obtained because of the ACA.

More recently, a woman told Sen. Tom Cotton, (R-Ark.) during a town hall meeting in his state that she would die without coverage through the ACA because pre-existing medical conditions would prevent her from getting it anywhere else.

My personal favorite was a teacher from Tennessee who explained the finer points of actuarial science, insurance underwriting and risk pools to Rep. Diane Black (R-Tenn.) with a little Christian guilt for emphasis.

The personal ACA stories being directed at Republican lawmakers prompted Rep. Mo Brooks (R-Ala.) to recently acknowledge that his party may not have enough votes to repeal the seven-year-old law. To paraphrase Brooks, the stories are melting the steel in the spines of some of his fellow congressmen.

If such compelling narratives can make politicians weak in the knees, just think of what they can do for your brand in terms of cultivating customer loyalty. Forget the challenges-solutions-results case studies. Bury the client success stories with glowing yet unverifiable statistics. Skip the survey about how many people say they need what the survey sponsor is selling. Instead, put a real person on camera and let them tell their story. It’s not a new approach. But it works all the time.