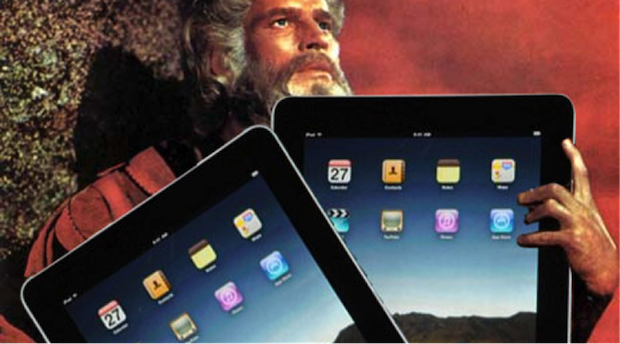 In-house Content King and MSPC president Gary Johnson has been in the content business “since the time of Solomon,” and has witnessed the extreme ebb-and-flow of technology’s role.

I often wax biblical about nothing new under the sun partly because I’ve closely watched content trends since the time of Solomon. One thing is true: we’ve never seen an avalanche of “comings and goings” in any industry or cult like technology. Since the early ’90s, it’s been a flash flood of non-stop hype and evangelism. Indeed, it smacks of techno-theology at times, terrorists and all! If there is a Guinness World Record for shiny bright objects and bells and whistles, digital has to be the undisputed world record holder, and it has left an interesting wake behind it.

As testimony, technology has been responsible for two enormous bubbles in which billions of dollars were made and then lost, partly because the hype far exceeded delivery and partly because the development curve spawns today’s replacements, making yesterday’s innovations obsolete. Some experts are suggesting we are in yet another bubble, heading for another inevitable bust.

In the world of content creation we are in our own little bubble, smack in the middle of a trend in which companies feel an overwhelming need to become publishers. The expectations being set by companies around content, as a panacea for previously failed attempts to capture and engage customers, is heading for its own day of reckoning.

As the chum in these choppy waters, we have learned a few things about content and technology that shape our constantly morphing belief systems and points of view.

Here are a few:

Actually it’s mutating. Talk about always on! Just in the past couple of years content has become the hashtag for every form of communications known to humanity, including copywriting, promotion, advertising, public relations, events and the stuff on ads above bar urinals. As journalists, our definition remains more pure, rooted in creating long-term relationships anchored in trust, utility, entertainment and resonant personal experience.

To a point. For gross audience measurements they’re okay but they remain lame as a means of defining meaningful engagement. I continue to place far greater value on more traditional barometers of engagement, i.e., subscription renewals, single copy sales, direct marketing response — meaty, tangible indicators that don’t yet have counterparts in the digital space. As research better defines the continuum of engagement and more companies begin to understand and accept its full spectrum, content will become even more effective and accredited as an agent for connecting with the consumer.

3. Because they built it, you will come?

Silly marketers. Just because it’s easier to “reach” people ever since the advent of the Internet, social media and smartphones, it doesn’t mean they are more willing to be engaged. On the contrary, consumer engagement research indicates people are no more willing to engage a brand than they ever were. In fact recent studies around content shock are showing increasingly high levels of fatigue in the digital space. And only 25 percent of consumers trust brands with their personal data. If brands are intent on using content to engage customers, they need to rejigger their obsession with the purchase funnel and focus more on reaching people in more passive stages of readiness via content that earns attention and creates brand awareness and love.

Content remains the key to reaching deep into people’s hearts and minds. When one looks at specific content successes — books, movies, songs, magazines, websites, social, etc. — the common denominator seems to be creatively packaged frames that capture imagination and connect like fascia to the audience’s emotions, intellect, belief system or sense of purpose, humor or joy. Something really special happens when content hits the jackpot and the reasons haven’t changed much since, well, Solomon.

5. The word “storytelling” is overused and abused.

“Telling stories in intimate settings is the way people come into a brand,” says Catherine Davis at Dentsu. Yes, absolutely true. Unfortunately, storytelling has become a euphemism for nearly everything brands attempt to reach and resonate with audiences. Storytelling is pawned off as brochure copy, an irrelevant, two-minute video that goes viral or a clever, storified campaign that is nothing short of a veiled product promotion.

6. Integration of Jerusalem and Athens.

We’ve been in the Jerusalem business for a long time. That is, the intuitive, creative art of combining words and images to tell stories. It’s what we’re really good at and the source of our 40-year track record of success. But, we are at a convergent point in the evolution of content. Content creators can no longer be deficient in any aspect of the Athens part of the formula, that is, applying the math of data and the science of digital tools to optimize content execution. Content has to be created in a context that will maximize activation and distribution. Integrated skill sets that combine the craft of creating content with the insights of data and knowledge of digital platforms is fast becoming a prerequisite for our clients and companies like ours.