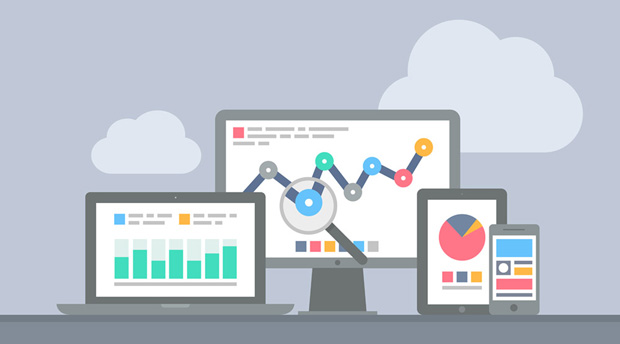 Owning a credible and useful number, stat or data point in your industry can produce multiple and ongoing earned media opportunities for your company.

A comprehensive content marketing strategy includes tactics for owned media (you publish it), paid media (you buy it) and earned media (you hope someone else covers it).

Of those three, earned media is the toughest to get as it’s largely out of your control as a marketing or content director. You know that, but more than likely your C-level executives don’t, and they want to know why your brand isn’t on the front page of the Wall Street Journal or leading the nightly network news broadcast. In a good way, of course.

Like most veteran business reporters and editors, I’ve had my share of marketing and public relations professionals beg me for coverage, plucking at my heart strings by saying they were going to get fired if they didn’t get their stories placed in my publication. It never worked. I didn’t believe their jobs were at stake. I don’t have a heart. And as a journalist, I put the readers’ interests above all else.

It’s that last part—putting the readers’ interests above all else—that’s the secret to earned media. One piece of content that interests a reader is a number, fact or data point that they find credible and useful. Media will line up to distribute that number to their audience, whether it’s B2B or B2C. Brands that can own and deliver that fact will enjoy multiple and ongoing earned media opportunities. Individual mentions may be small, but what they lack in column inches or screen scrolls will be trumped by the volume of touts.

Let me give you two recent examples from the healthcare industry, the type of stats to avoid, and some suggestions on how to find, own and deliver your own number.

EXAMPLE 1: Using a number to quantify a new product or service

Accountable care organizations (ACOs) are flooding the health benefits market. This new health insurance product was first offered by the federal Medicare program to Medicare beneficiaries and has since spread to state Medicaid programs and to the commercial market.

As Medicare, Medicaid and commercial health insurance companies announced the creation of new ACOs across the country, no one was keeping track of how many there were or how many enrollees they had. The answers to those questions are data points that would be useful to anyone tracking or serving the health insurance market and certainly useful to media outlets covering benefits trends.

Leavitt Partners, a Salt Lake City-based healthcare consulting firm founded by former Secretary of the U.S. Department of Health and Human Services Michael Leavitt, seized the opportunity to own the numbers and become the accepted source on ACOs. Its latest update, from June 2014, set the number of ACOs at 626, and the number of ACO-covered lives at more than 20 million. Virtually every print or online story about the growth in ACOs quotes those stats and attributes them to Leavitt Partners, whose ACO consulting business certainly benefits from the earned media wins.

EXAMPLE 2: Using a number to attach a dollar sign to a trend

I knew Mike Leavitt and many of the folks at Leavitt Partners before they became the de facto ACO measurement firm for the healthcare industry. But I didn’t know who or what Rock Health was until I needed a credible and useful number on digital health venture capital for a piece I was writing. My search turned up several numbers, and most of them were attributed to Rock Health, a 4-year-old San Francisco-based venture capital firm that provides seed money to digital health startups.

More importantly for my purposes, Rock Health provides the accepted figure on the quarterly and annual amount of venture capital being spent on digital health. In 2014, that number was $4.1 billion, and I’ve seen it and Rock Health cited dozens of times since January, when the firm released the year-end figure. The company’s methodology for collecting data is transparent, making its data verifiable and credible to the media. Each mention is an earned media win for Rock Health and another brick in building its reputation with digital health entrepreneurs and innovators.

Why some numbers go unanswered by the media

Leavitt Partners and Rock Health are two examples of brands that did it the right way. Their numbers stand on their own, and the brands reap the credibility benefits. Brands that do it the wrong way are far more plentiful. Their attempts to own a credible and useful number fail because the stat they’re trying to pass off as legitimate to the media is too self-serving. The number serves their interests more than it does the readers’ interests.

That’s not to say none of these examples won’t get a quick hit on a slow news day or be used as social media fodder. But, they won’t generate the sustained earned media opportunities and long-term brand business benefits that a real number would.

Owning your own number and earning media coverage

The information also should be sustainable, meaning you can update it over time to produce never-before-seen trend data. Build a database. Make the results downloadable to users. The media like to report how data changes over time.

Own the number. Earn the media.