Why We Still Love Print 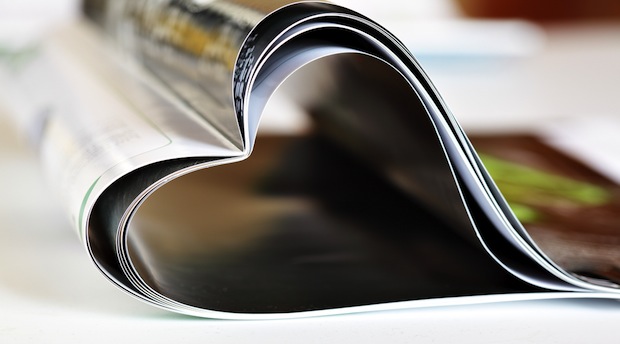 Despite recent predictions that print media is a dying industry, there’s plenty of evidence that Chicken Little might be ringing that particular death knell. In fact, print remains a thriving tool in today’s multifaceted marketing and communication landscape.

Content King Juliet Stott recently sat down with MSPC creative director and Delta Sky editor-in-chief Jayne Haugen Olson to discuss the thriving role of print magazines, the secret to Sky’s success and why this channel remains a vital source of readership and engagement.

Why was the decision made to keep the print edition of Sky over going digital-only?

About five years ago, people were proclaiming that print was dead and wondering if magazines would be on planes in 2014. And here we are. With 5.4 million worldwide readers per month, it’s still as popular as ever.

Why do you think the magazine is such a success?

The magazine owes its success to remaining fresh and relevant, and connecting with “magazine people.” We think of our audience as really well-read, so we want to be very topical. If there are big travel and technology trends, we make sure we’re adding value to that conversation because our audience is already reading about it in other places.

Is Sky popular because of inflights’ inherently captive market?

Even with a captive market, there’s no room for complacency. We know when people get on the plane they read whatever they want, whether it’s books, emails or their own magazines. We have to connect with them enough that they want to reach into the seat-back pocket and grab the magazine. Just because they’re sitting on a plane doesn’t necessarily mean they will engage with our product.

We have a responsibility to create something memorable, so the next time passengers are on the plane, they say, “You know what? I liked that experience. I like that magazine. I’m going to see what they have this time.” We’ve recently had the likes of Tory Burch, David Beckham and Richard Branson appear on our covers. This helps to create a buzz factor that ensures Delta’s travelers will want to keep reading it.

How does the magazine compete with the availability of Wi-Fi on 3,400 of Delta’s daily flights and the choices of digital media at passengers’ fingertips?

The magazine has never had a stronger, more loyal readership. A lot of our business-travelers say that they have their device on so much that they actually welcome the opportunity to be up in the air for a few hours where they can unplug. It’s a classic attribute of magazines in general.

You’ve recently redesigned the magazine. What’s changed and why?

We wanted to take advantage of the channel — the unique medium of magazines — with storytelling, color photography and a lot more white space, because you don’t get a chance to really see that on your little iPhone. So the new look of the magazine has stripped away clutter and made it very easy on the eyes, making it the antithesis of the view from the smartphone.

How do you decide what stories you’ll cover in the magazine?

Sky‘s content is designed for the business or leisure traveler. It’s about giving them permission to have some fun while they’re on the move. We think about the traveler, the reader — they’re in this constant on-the-clock/off-the-clock mode: They’re traveling on leisure, but they have their phone on and they’re emailing the office; or they’re traveling for work but they’ve got time to take in an exhibition at the Guggenheim.

We’re providing a service by writing travel tips and giving insider information. That’s why we hire writers who either live in featured cities or we send our journalists to the destinations. We don’t just create the content from Minneapolis. The reader needs to feel what’s happening on the ground to have that authenticity.

Our articles are now published on Deltaskymag.com, and for the first time, the April issue appeared on Delta.com. We are also concentrating our efforts on social. In collaboration with Delta’s social media team, our editors seed in story teasers, such as a behind-the-scenes video of the cover celebrity or outtake photos from the cover shoot to entice the readers.

What’s the future for Sky?

I see a greater synthesis between Sky and Delta’s social team. Although Delta is a commercial airline, it’s also a travel source and a thought-leader in that space. Our future issues also promise greater engagement between the writer on the ground and the audience to which we’re serving content.

We want to get people excited and build an interest in the destinations they’re visiting. Social will play an important role supporting that aim, where the writer will share photos, tips and research on a destination ahead of the story being carried in print. The magazine, however, will remain the pivot point for content creation and distribution.